Rules of war not always followed by Australian officers, soldiers. by Ross Eastgate 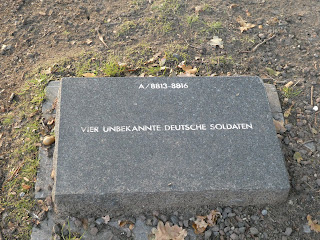 Behind the gratitude to Aussie troops who liberated the village from the Germans, and the Victorian schoolchildren who raised donations to rebuild the school, lies a less palatable truth.

The Villers-Bretonneux battle occurred exactly four years after Australians had landed in the Dardenelles into the teeth of a bloody campaign that effectively rewrote the rules of war. The Australian capture of Rabaul the previous September was the first combat between Germany and Australia, the latter’s first land defeat of the war.

The Turks were a different foe, despite their German military advisers. There were few niceties on either side in a campaign with limited facilities to hold and secure prisoners. The consequences were obvious, though little spoken about.

Australian losses though sobering went nowhere near what was to follow as incompetent generals directed citizen soldiers into bloody slaughter.

After his 15th brigade was all but annihilated at Fromelles in 1916, mercurial Boer War veteran Brigadier-General Pompeii Elliott had become mentally unhinged, if not certifiable.

After four years of constant fighting, a frustrated Elliott still commanded his brigade, which was a mix of hardened veterans and raw reinforcements.

At Villers-Brettoneaux Elliott refused to rescind, not for the first time, a directive for his men to shoot on sight British soldiers caught abandoning their posts.

Hardened veterans who had not seen their families for over four years and who were rarely rested from combat were in no mood to accommodate their German foes, other than at the end of a rifle or bayonet, by grenade or by whatever method at their disposal to kill them.

There were no troops to guard prisoners nor facilities to hold them.

Raw, unblooded soldiers were encouraged to kill their foes, even if they had surrendered.

Although corps commander John Monash and divisional commander William Glasgow denied it, official war historian Charles Bean became aware of it but ascribed it to the madness of close-quarter fighting.

Another historian found examples of inexperienced Diggers who had not yet killed a German in battle being encouraged by their NCO to shoot or bayonet wounded or disarmed prisoners as a form of initiation. The practice seems to have received some tacit approval from senior officers.